Reasons The NFL Is Not Fun Anymore 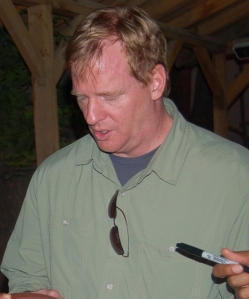 Watching, talking about, or listening to the NFL is not fun anymore. I never thought I would say this about a sport but I am legitimately worn out with the National Football League after the past 4 weeks. Here are my reasons why:

A) The League has a black eye that won’t heal. Adrian Peterson beat his kid, Rice KO’d his wife, two players are currently still playing who have been arrested for domestic assault charges. Before that it was Donte Stallworth being charged with DUI Manslaughter. That’s right, a guy in the NFL killed somebody and you want to be pissed because a kid got spanked too hard. Be angry but try not to have short term memory anymore about who the NFL lets into their league. (He was suspended a year and then reinstated…. only served 30 days in jail so I’m not sure why the public is surprised that Ray Rice isn’t in jail.) There will always be idiots in the league doing dumb stuff and the media will focus on it.

B) The NFL is talked about too much. Once the season has ended we get to spend 4 months hearing about the NFL draft. It is a league where there are only 16 games and I have to hear about it for 10 months out of the year.

C) The Super Bowl champion doesn’t feel like the best team. I hate the way the NFL playoffs work. You play 16 regular season games including your division opponents twice. So you realistically play 13 different teams out of 32. Then you could possibly see those same opponents in the playoffs until you reach the Super Bowl. So realistically you could become champion of a league where you play less than 45% of the opponents. (Yes college football is worse, shut up I don’t care about that right now.)

D) This one is where I’m throwing logic out the window a bit but bear with me. The hypocrisy of the rules baffles me. I saw a Ravens defensive player flagged for a personal foul, roughing the passer penalty for tackling Ben Roethlisberger. He was flagged supposedly for lowering the crown of his helmet into his chest as he successfully wrapped him up and brought him to the ground. In the same game a player was launched off of his feet as he was blindsided on a kick off return while he pursued the returner and there was no flag because as the rules are written, no foul was committed. This is asinine. Either let the sport be violent or get flags. Grabbing a guy’s jersey is a penalty, flipping a runner who has jumped and spearing him out of the air is not.

I’m a 49ers fan and I’ve had a lot to cheer about in my team’s success. But I’m finding now that on my long commute to work I am actually dreading how much garbage I’m going to have to listen to on any Sports Radio broadcast regarding moronic players, bad officiating, a stupid commissioner who seems to have no checks on his power, and mediocre teams being mediocre. The only thing I’m enjoying so far in this season is that I started 1-0 in my fantasy leagues but I’m currently being mollywhopped in both leagues this week. Dear NFL… please stop sucking. Hugs and Kisses. Loope.

Sports enthusiast END_OF_DOCUMENT_TOKEN_TO_BE_REPLACED
This entry was posted on Sunday, September 14th, 2014 at 7:18 pm and tagged with Goodell and posted in NFL, Sports. You can follow any responses to this entry through the RSS 2.0 feed.
« Week 2 NFL Picks
Week 3 NFL Picks »