4 Questions from the Opening Weeks of the EPL 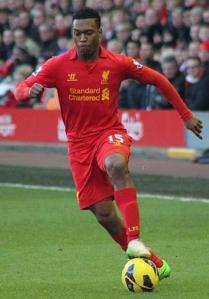 We are three weeks into the EPL season and this weekend’s international break brings up a few questions after the first few rounds of action from the regular season:

1) How much will international duty cost club teams? Chelsea’s Diego Costa, Arsenal’s new signing Danny Welbeck, and Liverpool’s Daniel Sturridge have all taken knocks while serving their countries. With Champions League starting and Cup action taking place teams are looking at 4 and 5 matches in the next 3 weeks. Could these injuries be costly for any of these three teams?

2) Can Manchester United’s 3 forwards work together? Falcao, Rooney, and RVP all on the same squad sounds VanTastic (yep that happened.) Former United player Paul Scholes disagreed earlier this week and said manager Van Gaal will have to leave one out but who?

3) How good are Tottenham? Their opening two games posted two clean sheets and 4 goals with the team showing a lot of attacking flair and creativity. Their last game against Liverpool showed must have been deja vu as they were once again shut out (3-0) and have been outscored by Liverpool 12-0 in their last 3 meetings. Their next 5 matchups include matches against Arsenal, Southampton, and Man City. How many points they gain there could set the tone for the rest of the season.

4) Can Leiscester City stay up? With a brutal opening schedule (Everton, Chelsea, Arsenal) for a newly promoted team the Foxes managed to garner 2 points. Two draws in those three matches have to leave the team and fans of Leiscester feeling fantastic. Their next 3 matches find them facing Stoke City and Crystal Palace on the road, while hosting Manchester United in between. King Power Stadium has been insane in their support for their local team and the main question is can Leiscester take that momentum with them on the road?

Feel free to weigh in! 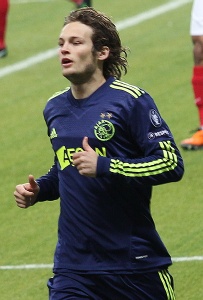 Christmas in September. The EPL transfer window closes at the end of the day and with it brings a slew of rumors, negotiations, hopes, dreams, and tears. Or if you’re an Arsenal fan… it just reaffirms your anger towards stagnation.

Here are my thoughts on the final day of the transfer window:

I think Manchester United made some great moves on the last day. Everyone will look at the Falcao deal is their major signing but I think signing Daley Blind from Ajax fills a major need for the club. Their defensive unit with Evans, Jones, Blackett and defensive mids has been a joke. Blind can fill in a defensive mid position, center back, or outside back and immediately make them better on the pitch. Offloading Hernandez was another positive move for a player who wouldn’t see much time considering the team’s lack of competitions this season. Bring back a healthy Luke Shaw, with Di Maria, Rooney, and Falcao and United are now back in the hunt. As a Liverpool supporter this makes me want to vomit.

Arsenal signing Danny Welbeck is a decent signing. I think they are overpaying for him and he has been average for Manchester United. However losing Giroud puts Arsenal in a situation of dire need as Sonogo doesn’t look to be able to carry the load of both domestic and European competition. Its a little surprising that Man U would let a decent player go to a Premier League Rival.

Actually like what Hull City is doing on the market. At only 24 years old, Abel Hernandez could be a big reason they are able to avoid relegation as he really came into his own last season with Palermo finding the net 14 times in 28 appearances. Combine that signing with Mohamed Diamme in the midfield, they are certainly adding strength and depth to a squad that is already competitive. Towards the end of the window they also solidified a season long loan of Gaston Ramirez and Hatem Ben Arfa. Hull City could definitely be a team to be reckoned with after the international break.